4 Reasons Kendrick Lamar Made the Right Choice Gifting a Camry

Why Kendrick Lamar Chose a Toyota Camry, and Why You Should Too

When wealthy rap stars start buying low-cost cars, it makes you wonder. What makes the vehicle so appealing? What does the Toyota Camry offer?

Did you hear that Kendrick Lamar just gave his sister a Toyota Camry for her graduation present? With cash like his, why go with such a low-cost vehicle?

In case you’re not up-to-date with the latest and are unfamiliar with Kendrick Lamar – he’s a popular rap artist and a seven-time Grammy Award winner. He appeared on Time Magazine’s list of “100 Most Influential People” in 2016, and received two civic honors from the California State Senate’s Generational Icon Award. To cap it off in a list of fame and wealth, in 2016, the Mayor of Compton, California, presented him with the key to the city, sighting his efforts at “Representing Compton’s Evolution and Embodying the New Vision for Compton.”

But more importantly to anyone looking to purchase a new vehicle, why would a big-time rap star with plenty of disposable cash buy his sister a Toyota Camry for her graduation gift? Are there hidden features which make it worth owning even when money isn’t a question?

The rundown of safety is impressive on the Camry, starting with both front- and rear-seat airbags, as well as front- and rear-side head/body airbags. It has four-wheel disc brakes, front disc/rear brakes, brake assist, and anti-lock brakes to help avoid uncontrolled skidding. The fully loaded safety features of electronic stability control, auto-on headlights, and daytime running lights, plus child safety locks, integrated turn signal mirrors, and night vision – they all add up to an impressive portfolio.

It’s equipped with adjustable foot pedals, front and rear tow hooks, and an emergency trunk release switch. Oh, but there’s much, much more. It has a rollover protection system and traction control. It also has a blind spot monitor, auto-leveling headlights, and a lane departure warning. This vehicle is proven to be so safe that the Insurance Institute for Highway Safety gave it a #1 and five-star safety rating. Finally, the National Highway Traffic Safety Administration also gave the Toyota Camry an overall five star rating.

As for reliability, the J.D. Power and Associates’ Vehicle Dependability Study scored the Toyota Camry among the very best and most reliable cars.

The Toyota Camry’s handling is quite responsive and respectable with a very smooth drive. Its six- and four-cylinder engines come to the plate with needed, without hesitation, and the transmission works smooth with quick shifting responses.

The quiet cabin of this vehicle cancels out almost any outside noise. Its smooth interior lines are well-designed and its luxurious seating offers ample room for both the driver as well as all passengers. Its dashboard climate controls and entertainment system’s dials are perfectly placed and easy to manage, which helps keep the drivers attention on the road ahead.

Boasting as one of America’s top-selling vehicles, it’s clear why Kendrick Lamar entrusted the safety of his sister to it. She’ll be comfortable and protected. Read More
As winter creeps in and memories of summer recede into distant memory, our thoughts turn to the ski…
Read More
0
0
0 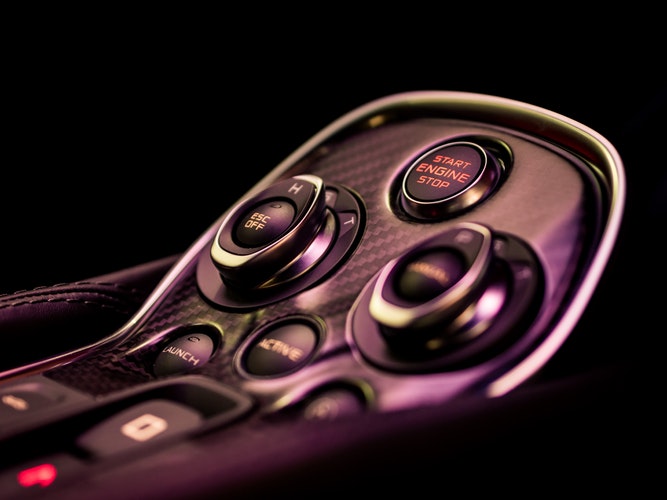 Read More
2018 is going to be a great year for the auto industry. There have been some updates to…
Read More
0
0
0