Entertainment
Home›Entertainment›The Good, the Bad and the Ugly: The Ultimate Guide to Hogwarts Professors

The Good, the Bad and the Ugly: The Ultimate Guide to Hogwarts Professors

Behind every good student is a good professor – and there’s no truer a statement than in the case of Harry Potter. A noble, albeit sometimes foolhardy student, Harry has a team of professors behind him that not only serve as teachers but protectors.

Hogwarts is full of noteworthy professors, but these ones are our favourites.

Severus Snape – Potions and Defence Against the Dark Arts

Severus Snape is the Hogwarts professor everyone loves to hate, in fact most of the time it’s usually – and confusingly – one or the other. Dour, broody and borderline evil though Snape may be, we never know entirely what side he’s on until it’s much too late.

Gilderoy Lockhart is one of those people you squint your eyes at and wonder how they even get dressed in the morning. He’s famous in the wizarding world but is a coward and a fraud at heart, unable to teach the students of Hogwarts much beyond how not to cast spells.

Professor McGonagall comes across as much more severe than she actually is, though the way she cares for and protects her students reveals her true nature. Her smarts and talents for teaching Transfiguration ultimately pave the way for her to become Headmaster of Hogwarts in the final book, a role she keeps all the way through into the play The Cursed Child.

A lovable half-giant with an unending knowledge of magical creatures, Rubeus Hagrid is larger than life – if you don’t believe us, just look at the costume worn by Robbie Coltrane, now on display in the Great Hall on a Harry Potter Studio Tour in London. Hagrid is one of Harry, Ron and Hermione’s closest allies throughout their time at Hogwarts, loyal to a fault and easily persuaded into a little mischief.

Another of the long string of professors to try their hand at the role of Defence Against the Dark Arts professor, Remis Lupin was a friend of Harry’s father back in the day. He’s beloved by most of the students but harbours a dark secret – he is, in fact, a werewolf. It’s a feature that gets Harry, Ron and Hermione in a little bit of trouble when there’s a full moon during Harry Potter and the Prisoner of Azkaban. 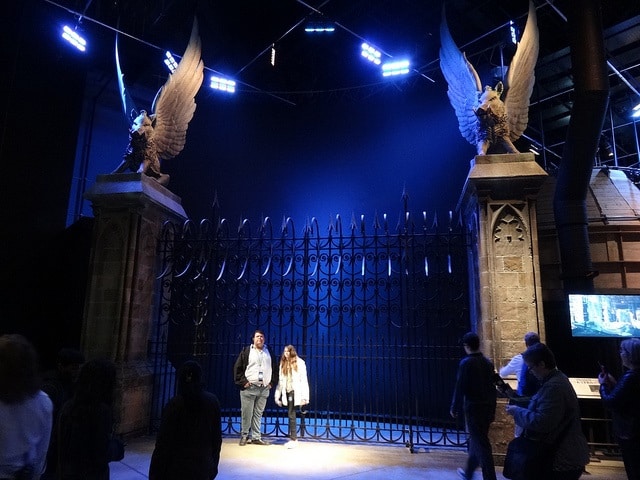 Though treated as an outsider by most people in the Harry Potter universe, Professor Trelawney’s trance-like prophecies almost always come true. While the ability to read tea leafs and crystal balls isn’t particularly valued by the wizarding trio, her help in battling Voldemort in the final clash is.

Horace Slughorn comes out of retirement to replace Snape as Potions professor in Harry Potter and the Half-Blood Prince, where he covets smart students in his Slug Club. Overall Slughorn is a harmless, albeit slightly naïve professor – it’s the knowledge he unknowingly provides about horcruxes to an unassuming Tom Riddle that helps the future Lord Voldemort split his soul.

The final DATDA professor to make our list, Mad-Eye Moody gets his name from the eye he lost during his time as an Auror, a highly-trained magical law enforcer. We don’t really get to know the real Mad-Eye Moody from his first appearance in Harry Potter and the Goblet of Fire, as he’s being impersonated by a Death Eater, but his membership in the Order of the Phoenix later on tells us he’s a noble and courageous character in himself.

They might be good, they might be bad, and some of them certainly have ugly hearts, but Hogwarts wouldn’t be the same without its team of professors.

How to Prepare Yourself for Life After ...

The holiday season is one of the memorable times to show your family and friends that you care about them by presenting a thoughtful gift. Getting Christmas cards by Mixbook ...