Yoga pants for women* are pants which are form-fitting and designed for, as well as yoga, activities which require lots of bending and stretching, e.g., dance, aerobics, or martial arts. They are similar to sweat pants and leggings, but tight unlike sweat pants, and made from stretchable fabrics like spandex. Another characteristic is that they often have a fold-over waistband for additional comfort.

The first stretch pants advertised as being especially for yoga were created by the company Luluemon in 2007. The company faced controversy over claims that its fabric made from seaweed fiber (yes, seaweed) had health benefits, but withdrawal of the claims seemed have little effect on sales appeal.

Yoga pants are breathable and stretchy. Other kinds of pants are not.

*Whether men “can” wear them is a question which is … fraught.https://www.quora.com/What-do-you-think-of-a-guy-wearing-yoga-pants

So it was in the beginning. Then they began appearing as casual wear elsewhere, and in the streets, bringing on the inevitable controversy. Montana legislator was even heard to remark that “Yoga pants should be illegal in public”. (https://www.washingtonpost.com/blogs/compost/wp/2015/02/12/absurd-things-that-almost-happened-montanas-yoga-pants-ban/?utm_term=.046a5fa0df10) However, a bill in the House to regulate “any device, costume, or covering that gives the appearance of or simulates the genitals, pubic hair, anus region, or pubic hair region” (and doesn’t actually mention yoga pants) failed to make it out of committee, fortunately or unfortunately.

Contrary to what intuition might suggest, sales have actually outstripped those of blue jeans

So, what brought it on? Why are we now seeing them everywhere?

An answer given by many women is that they are comfortable. They come in fabrics for a variety of tastes, from “natural” cotton to lycra to thoroughly synthetic Luon (a creation of the aforementioned Luluemon.)  And, as mentioned above, they are flexible and stretchy.

The materials they are typically made from are more effective in coping with moisture (taking the “sweat” out of  “sweat pant”. 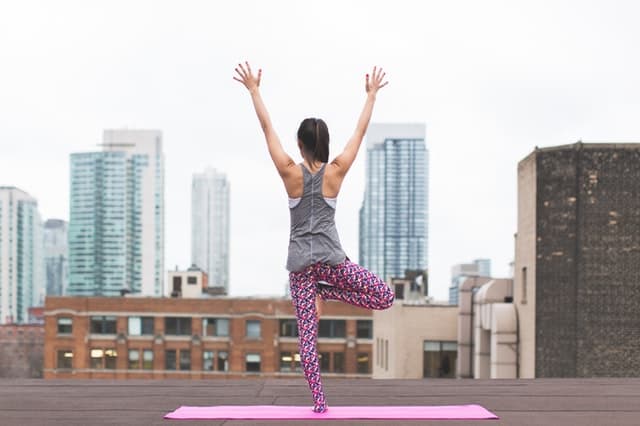 Some varieties deal with a perennial problem by including out-of-view pockets, eliminating angst over “Where do I put my….?”

An advantage over some other attire is that due to the stretching and flexibility it is difficult to rip them, to the relief of countless women.

They can be ironed without a great deal of difficulty.

They are quite soft for extended wear, a factor for those who don’t want to change repeatedly during the day.

And they are available inexpensively, as can be seen from a sample here. Enjoy!

Top 3 Jackets Every Woman Needs in ...