Health
Home›Health›4 Countries Where Cannabis is Legal or Decriminalized

4 Countries Where Cannabis is Legal or Decriminalized

Few plants, if any, draw stronger opinions than cannabis. For some, the sweet-smelling herb is a recreational joy or wonderful natural medicine, capable of providing relief that simply isn’t possible with pharmaceutical drugs. However, for others, cannabis is a vile drug and a scourge on society, which has a foul odor and can exacerbate mental health issues.

However, those with more positive views of weed are winning the argument, with medicinal use of the plant becoming more widespread across all parts of the globe. An increase in funding and research has also helped bring non-psychoactive cannabis to the market, in the form of wholesale CBD products. CBD, or cannabidiol, is one of many compounds in the herb categorized as cannabinoids, and these have been shown to treat various conditions and improve all-round health by regulating the endocannabinoid system (ECS).

In this article, we are going to look at four countries where cannabis can be purchased for both recreational or medicinal use.

Cannabis is not yet legal at federal level in the US, but thanks to the power of individual states in the country, tens of millions of Americans are able to get their hands on legal marijuana. As of 2019, Colorado, California, Oregon, Washington and Nevada are just a few of the states that have legalized recreationally, and more than 30 now permit cannabis for medicinal use.

The exact laws vary from state to state. For example, in the District of Columbia, which covers Washington DC, while citizens are able to legally possess marijuana, there are not yet any dispensaries where they can purchase it. In contrast, in Colorado and California, anybody over the age of 21 can walk into a dispensary and buy pot for personal consumption at home.

Cannabis tourism has not yet hit America, but the country is certainly one of the most progressive when it comes to weed. And with more than half of the population supporting legal cannabis, federal decriminalization or legalization could be just around the corner.

Cannabis is still technically illegal in the Netherlands, but has been decriminalized since the 1970s, with law enforcement turning a blind eye to public consumption, even in many public spaces. This allows partakers in marijuana to happily chill out by the beautiful canals of Amsterdam, and blaze a joint. Up to five grams of cannabis can be purchased in coffeeshops, where patrons are also allowed to smoke.

The Netherlands has historically taken a liberal approach toward psychoactive substances, and psilocybin mushrooms (or ‘magic’ mushrooms) could also be bought in smartshops up until 2008. Magic truffles, which are very similar, are still legally available.

Marijuana tourism has boomed in the Netherlands as a result of the relaxed attitude that the Dutch have with cannabis, and stoners from all over the world are known to convene in Amsterdam, particularly in the red-light district of De Wallen.

Uruguay became the first country to legalize and regulate cannabis for recreational use back in 2013, when a bill was signed into law by then president Jose Mujica. However, despite being quicker to get on board with weed than anywhere else in the world, the South American nation has a peculiar relationship with the plant.

Each citizen can grow up to six cannabis plants, although this number increases to 99 in growers’ clubs which have been registered by the government. It wasn’t until 2017 that Uruguayans could buy cannabis commercially in pharmacies, but only if they are registered – even then, they are subject to a 40-gram-per-month limit. Foreigners are unable to buy cannabis in Uruguay. The cannabis produced by the Uruguayan government is noted for having a low THC content. 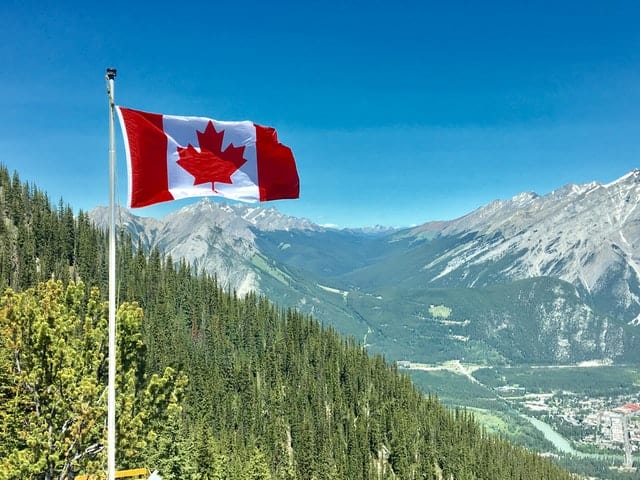 In 2018, Canada made history by becoming the first country in the G7 and G20 to legalize marijuana recreationally, fulfilling an election pledge made by socialist prime minister Justin Trudeau. Canada had earlier legalized medical cannabis across the nation in 2001. The Canadian government hopes that legalizing and taxing pot will eventually raise billions in tax revenue.

Each Canadian province has its own regulations on cannabis, with some allowing products to be bought at the age of 18, in line with tobacco and alcohol, and others setting the minimum age slightly higher at 21.

With more countries going down the legalization and regulation route, cannabis is clearly here to stay. Hopefully, consumers will understand the risks associated with high-THC versions of the plant, and not dismiss the therapeutic benefits offered by CBD wholesale products such as vape juice, edibles, tincture oils, creams, concentrates and syrups.

2 Top Tips on How to Improve Your Fashion Business

The fashion industry pushes forward at a frighteningly fast pace. If your business is to consistently keep up with the very latest trends in the couture sector, it’s imperative that ...