Health
Home›Health›Nightmare Cases of Medical Negligence You Won’t Quite Believe are True!

Nightmare Cases of Medical Negligence You Won’t Quite Believe are True!

Medical negligence is not uncommon. Doctors are human, and they make mistakes. There is no profession in the world where mistakes are unheard of. The only way we can eliminate mistakes is by replacing humans with Artificial Intelligence, but that is not quite on the cards just yet.

Mistakes often happen when people are overworked, tired, or under stress. Junior doctors often work long shifts with few breaks, and after being on duty for 72-hours, we can’t blame them for getting it wrong. In this instance, the system is at fault, but there are also plenty of cases where a doctor, dentist, or other medical professional has made a terrible error and the victim has grounds for a medical negligence claim.

Medical negligence solicitors face many different types of medical malpractice claims in their professional lives. Misdiagnoses are common, as are medication errors. With a huge increase in cosmetic surgery procedures in recent years, there has been a corresponding rise in the number of cases related to botched surgery or mis-sold operations. Medical negligence also relates to poor maternity care, where a mother and baby are injured, left with a disability, or even killed because of incompetent staff. Cases of deliberately negligent medical professionals are rare, but cases of surgeons playing “God” do sometimes crop up in the media.

In this article, we are going to look at some well-known cases of medical negligence. Be prepared to be shocked and appalled in equal measure.

Thankfully, medical professionals with a “God” complex are rare. A UK breast surgeon was found guilty last year of needlessly carrying out surgical procedures. He was found guilty of 17 counts of “wounding with intent”. Ian Paterson, described by many of his patients and colleagues as “arrogant” treated thousands of men and women during his career. He often exaggerated problems, invented risks, and persuaded patients to have expensive surgical procedures so he could earn extra money.

One of his patients was referred to Paterson with advanced breast cancer. She wanted a double mastectomy, but the surgeon used a controversial technique, which involved leaving some breast tissue behind.  The patient demanded a second operation, but this caused a delay in chemotherapy and radiotherapy, which meant she went on to develop secondary breast cancer and subsequently died.

Another of Peterson’s patients needlessly underwent a double mastectomy when a lump was discovered. Peterson persuaded her she was at significant risk of developing breast cancer and she agreed to have both breasts removed. Unfortunately, when tissue samples were later examined as part of a review of Peterson’s work, it was discovered that the lumps had been benign.

Many of Peterson’s patients accused the surgeon of ruining their lives.

As many as 35 babies died needlessly at Bristol Royal Infirmary during the 1990s. Two surgeons were struck off and a third was banned from operating for four years.

A public inquiry was launched after concerns were raised about the unusually high mortality rates of babies undergoing heart surgery at Bristol Royal Infirmary. The inquiry found that staff shortages and a lax approach to safety were just two of the reasons for such a high death rate. Management in the heart unit was poor and doctors were not being monitored.

The high-profile inquiry led to some significant changes in the NHS. Mortality rates are now better publicised, so patients and their families can make an informed decision before agreeing to treatment.

Smaller Cases that are No Less Devastating to Victims

Both of these cases of medical negligence are horrific, but there are plenty of smaller cases that don’t achieve the same level of publicity. Some patients are left permanently disfigured and others have to endure procedures that could have been avoided if their problems were properly diagnosed.

In one case, a relatively simple hysterectomy left a patient in severe pain and needing a colostomy bag.

Patient A was admitted to hospital for a hysterectomy. The operation went well, but the surgeons belatedly realised they had mistakenly left a surgical swab inside her. They immediately opened her up to remove the swab. A drain was inserted in her abdomen. This caused a huge puss-filled abscess to develop and several weeks later and Patient A, by this time in terrible pain, was readmitted for emergency surgery. The surgeons had to fit a colostomy bag and told her further surgery was needed.  She feels lucky to be alive.

Patient Could Lose All Her Teeth 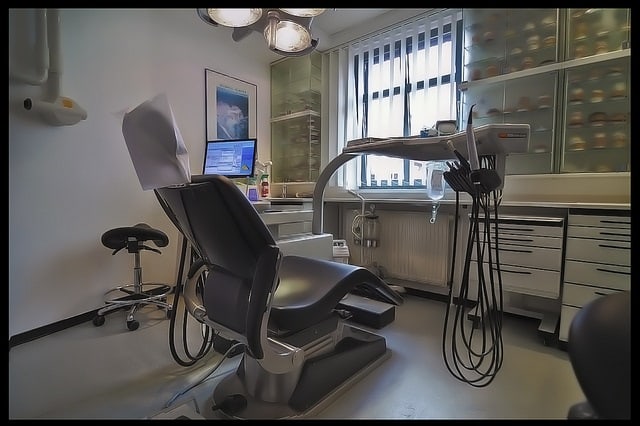 Dentists are just as likely as surgeons and GPs to make mistakes. One young woman won £35k in compensation after two dentists failed to warn her she had severe gum disease. It was only when she visited the third dentist that she learned 13 of her teeth would need to be removed. If the woman had been properly treated from the outset, her teeth could have been saved. As that did not happen, she was forced to hire the best medical negligence solicitors to fight her case.

The patient told the first dentist she was experiencing sensitivity in her teeth but was told to brush more gently. X-rays were taken that clearly showed gum disease, but the dentist did nothing to treat it.  The woman moved to a second practice and was told her oral health was good. By this time, she had noticed her gums were bleeding but was reassured her teeth were in good health by the second dentist. It was only when she visited dentist number three that she discovered the truth.

Neither of the two dentists admitted liability.

The Cost of Medical Negligence Claims

Medical negligence claims UK cost the NHS millions of pounds every year. Claims hit £1.4 billion in 2015, more than twice the figure from the previous year. Medical negligence lawyers condemned the NHS Litigation Authority for needlessly delaying claims and forcing victims to endure a long, protracted process to reach a settlement, rather than admitting early on when an NHS Trust had made a mistake.

Many victims pursue compensation, not because they want the money, but because they want a simple apology and an admission of guilt. Often, Trusts are advised not to engage with a patient to avoid admitting liability. But this can force families to feel as if they have no other option but to pursue a medical malpractice claim through a reputable law firm site such as the-medical-negligence-experts.co.uk, who you can contact for free in order to determine whether the claim is worth pursuing. Of course, if a patient has suffered greatly at the hands of a medical professional or caregiving team, it’s only right that some level of compensation is paid. After all, the victim may need care for the rest of their life, which can be prohibitively expensive.

The number of medical negligence claims against medical professionals is rising. If you think you have received poor advice, negligent treatment, or you have a loved one who did, it is important that you seek help from an experienced medical negligence solicitor. There is a time-limit of medical negligence UK claims and the clock starts ticking from the moment you become aware you may have a case. Always keep records pertaining to your treatment, as evidence is crucial when fighting a claim.

Remember, as painful as litigation is, making a claim could prevent someone else going through the same horror as you.

4 Tips For Reducing Stress On Your ...