Thanks to social media and the growing trend of vaping, it is almost every day that you see a celebrity’s picture with them clutching their Juul or another vape in hand. But for those who love tradition, these daily doses of vaping just don’t cut it. For them, celebrities who show their liking for traditional cigars are far more interesting than the ones who vape every single hour.

That’s where Cigar Aficionado comes in.

Established in 1992, Cigar Aficionado is a magazine that’s dedicated to everything related to cigars such as the machine made yet premium Good Time cigarillos. Apart from its cigarillo-related content, it is also known for featuring celebrities on its cover who have a real life liking for cigars.

In other words, it is the Vogue equivalent of the cigar smoking world.

Over the years, Cigarillo Aficionado has featured many Hollywood A-listers who are known for their love for cigars. Learning about these celebs is an interesting notion for those who harbor a liking for cigarillos themselves. The knowledge makes these fans connect to the celebrity on a ground of shared interest.

If you are a cigarillo aficionado yourself, then learning about the following celebrities on the magazine’s cover would certainly bring a smile on your face.

From his breakout role as a chubby man-child in Parks and Recreation, to his other breakthrough chance in Guardians of the Galaxy, Chris Pratt has come a long way. Now, he’s not only a MCU superhero, but he’s also a part of the immensely successful Jurassic World franchise.

What some of Pratt’s new fans may not know is that Avengers: Infinity War star loves his cigars. And by doing so, he inspires many others to delve into the hobby with affordable options such as Good Time cigarillos. 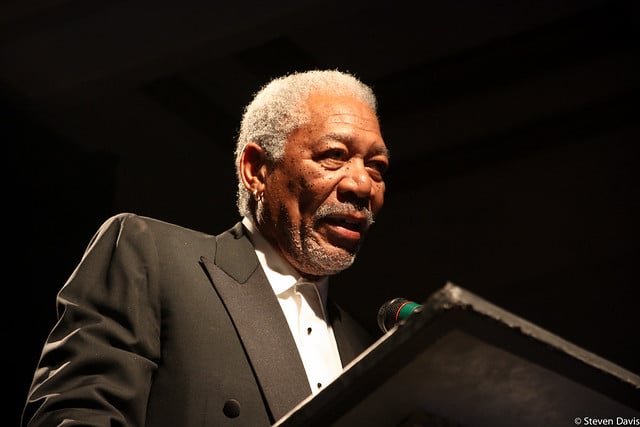 “When I die, I want my life to be narrated by Morgan Freeman.”

The quote has circulated the internet for far too long, but it hits home every time. With a voice and personality that led him to play a literal God in Bruce Almighty, Morgan Freeman remains formidable in every sense of the word.

The Academy Award winner has also graced the cover of Cigar Aficionado, and enjoys his cigars when he gets the time from his movie commitments. While it is hard to compare yourself to one of the most legendary actors in Hollywood, you can still get inspired enough to indulge in some Good Time cigarillos yourself.

After decades of working in the industry, Matthew McConaughey has garnered the kind of respect that comes to only a few actors. From his rom-com days in How to Lose a Guy in 10 Days to his Oscar-winning performance in Dallas Buyers Club, McConaughey has proven himself through tireless work.

Given his illustrious career that also includes an Emmy award, McConaughey’s liking for cigars seems like a well-earned treat for the actor. Taking a leaf out of the True Detective star, you too could enjoy your personal success by rewarding yourself with Good Time cigars.

Enjoying cigars doesn’t take much out of your pocket, but gives you a sense of well-being and gratification that is very much required in today’s busy lifestyle. The example of these stars is evident that treating yourself every now and then is important, even if said treat comes in the form of a simple cigar.

What Do You Need to Know Before ...